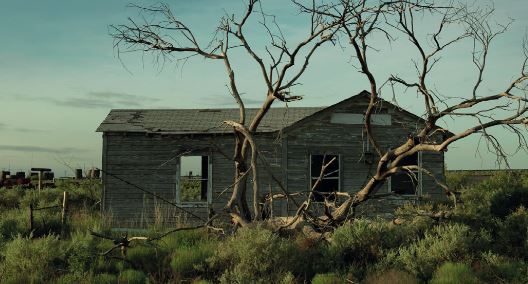 Van is an oil worker living in Texas, near the most important oil basin in the United States. Danilo is a chief engineer of trans-oceanic Cargo ships and works every day in the engine in the heart of the ship. Andrea is an Italian scientist, a luminaire in the world of acoustic physics that has spent his life on books and in silence. Vito spent half of his life managing slot machines in the Swiss clubs and is now responsible for the waste incinerator’s pit. These men are unknowingly at the basis of the long chain of creation, transportation, marketing, and destruction of objects in our contemporary bulimic life and are part of the same story without ever having met. Vittoria and Andrea are a couple like many others. They have had an accumulating life that is coming to the saturation point and they are not able to see a way out. They are forty. They have spent their childhood in the full boom of commercial television, and have grown up through the birth of the internet afterwards. Vittoria and Andrea are us.

In 2011 Federico Biasin founded MYBOSSWAS nominated by Good Short Films: ‘one of the most innovative creative studios in Italy.’ He directed and shot short films and commercials for brands like Nike, Alfa Romeo, Abarth, Technogym, Condé Nast. He produced multimedia contents and installations for museums and international cultural events. In 2006 he founded the video department of Bellissimo, a design studio based in Turin, working as producer, DoP, director and designer. In 2003 he collaborated to realize a business incubator related video and music production, able to produce more than 40 short films and commercial every year.